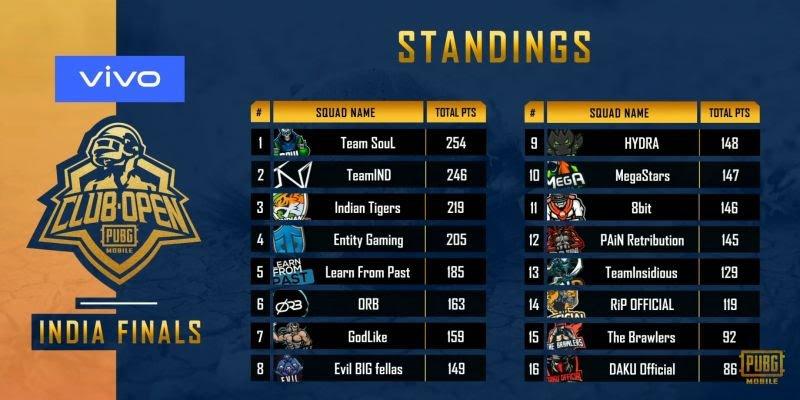 Last month Tencent Games announced its PUBG Mobile Club Open 2019 (PMCO) tournament.
Vivo announced that it will be sponsoring the event.
It raised the total prize pool from $2 million to $2.5 million (Rs 17.3 crores approx), along with supplying phones to be used during the tournament.
Now TEAM SOUL will get a chance to represent their country in the PMCO Global Spring Split Finals in Berlin, Germany in July.
The company witnessed 32 teams playing against each other in the global esports tournament.
When Team SOUL was declared the winner of the PMCO 2019 INDIA finals, it was a great moment for their fans.
Until the last match Team, IND was on 1st position and Team SOUL was on 2nd position.
But in the final match Team SOUL played well and won the championship.